Road signs for robot cars are objects from a future where robot cars bring us great upsides but also downsides, as any technology does. Mass produced cars gave people unprecedented freedom and convenience but also brought second and third order effects that we see today – accidents, pollution and other problems that we have to address today.

The road signs have been set up to spark a conversation. Hopefully it will be a conversation that informs us to make well thought-out decisions on how to proceed when adopting a new technology. Safety, efficiency and ethics seem to be the main issues that are discussed today, but as cars are such a central part of life, there are quite a few other things that robot cars will have an influence on. 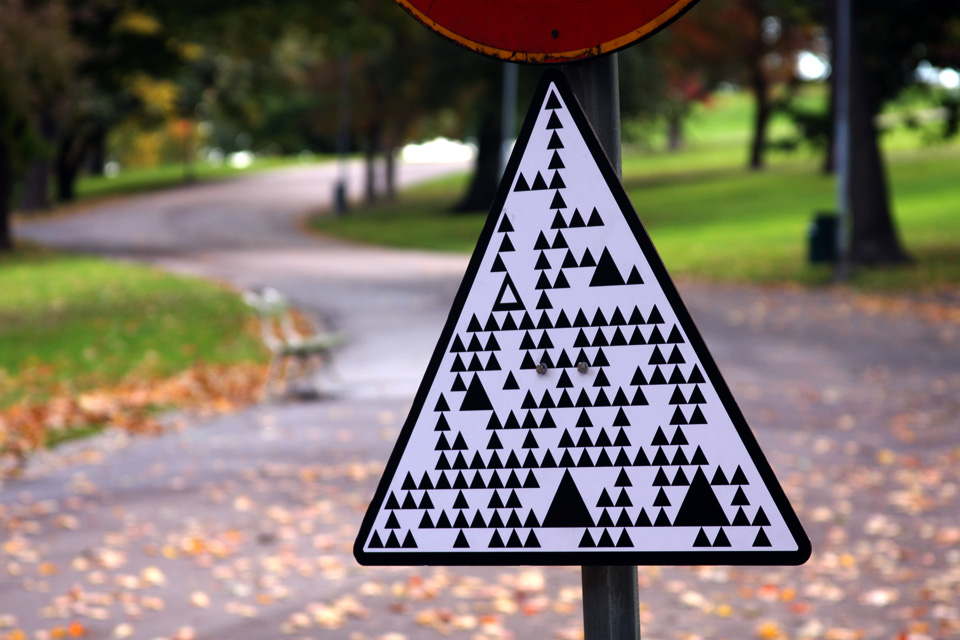 Are the car platforms going to be compatible?

Robot cars have all sorts of sensors in them so they can sense their surroundings and gps to know where they are. Road signs on the other hand are made for a human driver to look at. So naturally the conclusion is we won’t be needing road signs any more. Any instructions on speed limits and other rules can be wirelessly relayed to the car or an algorithm will just do calculations based on where other vehicles are.

But how about trying to currently share data from one digital platform to another. Not so easy, right? So in order for robot cars to communicate with each other, we would have to have a standard that all car manufacturers from Japan to Germany to the US would have to use. So it might come down to the Blu-ray cars versus the DVD cars, or the Betamax cars versus the VHS cars.

It’s possible that there might be a universal standard but there is also the possibility that well have multiple systems that can’t fluently communicate with each other. So maybe we’ll still be needing those road signs after all. This time not for human drivers, but for our automated chauffeurs. 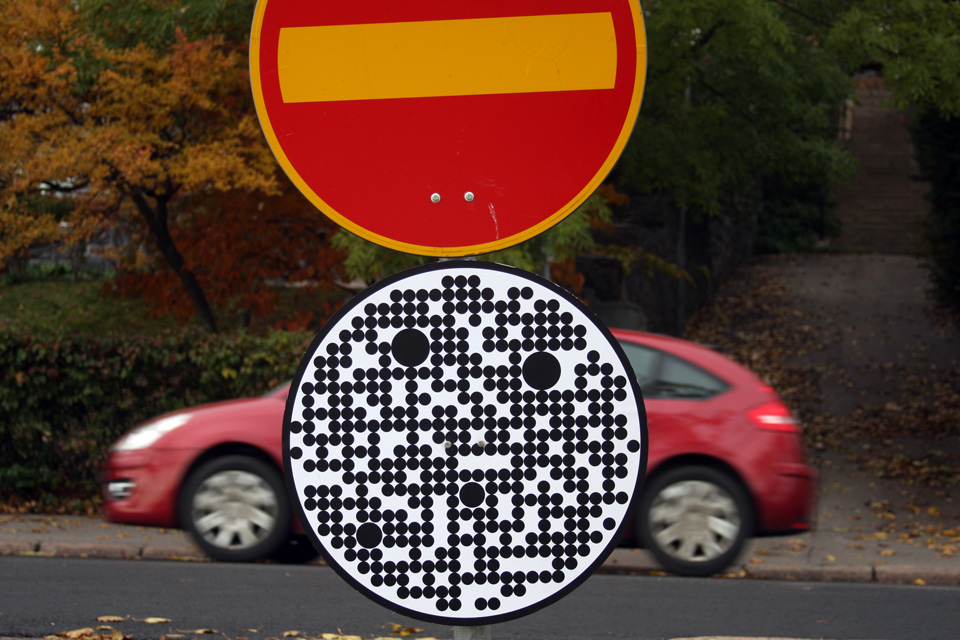 What are we going to do with all the free time?

One of the wonderful promises of robot cars is that you don’t have to concentrate on driving. This will not only make the roads a lot safer because a robot is a better driver than a human, but it will also let you do whatever you want during the ride.

The average daily commute in Finland is 46 minutes per day. Gardening might not be a viable option during the drive, but having almost an hour of more free time during a day is not a bad thing. Let’s assume that people mostly prefer not to sleep while being driven by a robot. Maybe sleeping could even be prohibited by law in case of emergency.

If sleeping is not an option, maybe people would like to eat? Cars are already causing us to expend less energy and thus gain weight. Now gaining that extra time daily to eat more is likely to cause more health problems in the future.

Work, entertainment, exercise and many other things are all options that could be done during the free time. Each has its own effects on whether the robot cars will be beneficial to our wellbeing or not.

One thing is certain. There will be a mad rush to be the service provider that has a handle on all the free time that robot cars promise to open up in our busy lives. 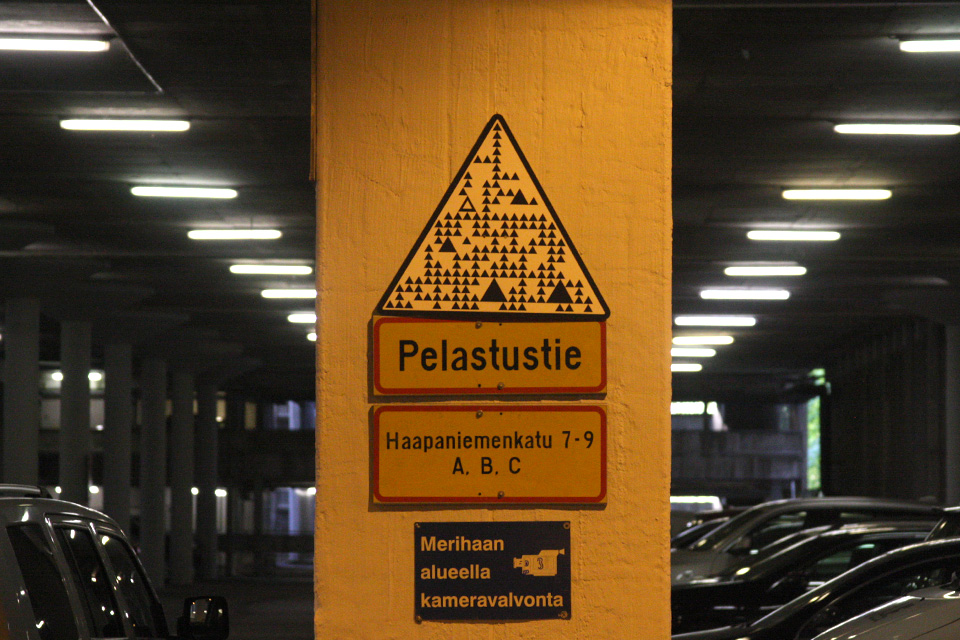 Will we actually drive less?

One of the main arguments for robot cars is that the amount of driving we do will be greatly reduced. No more driving around looking for a parking space as the robot will just go hide itself somewhere out of sight. If you need a car, you’ll just summon one with your mobile device and the car will be waiting outside your door in a matter of minutes.

Also, you won’t be needing a license to drive anymore as you will basically be just a passenger. Now it might be true that all the extra driving can be reduced but there is also the possibility that driving (or being a passenger) will actually increase. Why?

Well for one, not everyone has a license or owns a car. People under 18 are not allowed to drive and when you get older you might not be able to renew your license due to physical issues. So if it is as easy as promised, we are looking at a greatly increased number of people that can use a car.

Secondly, people are lazy. If you can get a car in a few minutes, it is quite likely that people are going to use cars more instead of walking or using other modes of transportation. We can easily imagine people using a car for very short trips, if the process is really simple. Especially taking into consideration the weather in Finland during the fall and winter. There are quite a few days during the year when going outside is not an enticing idea. 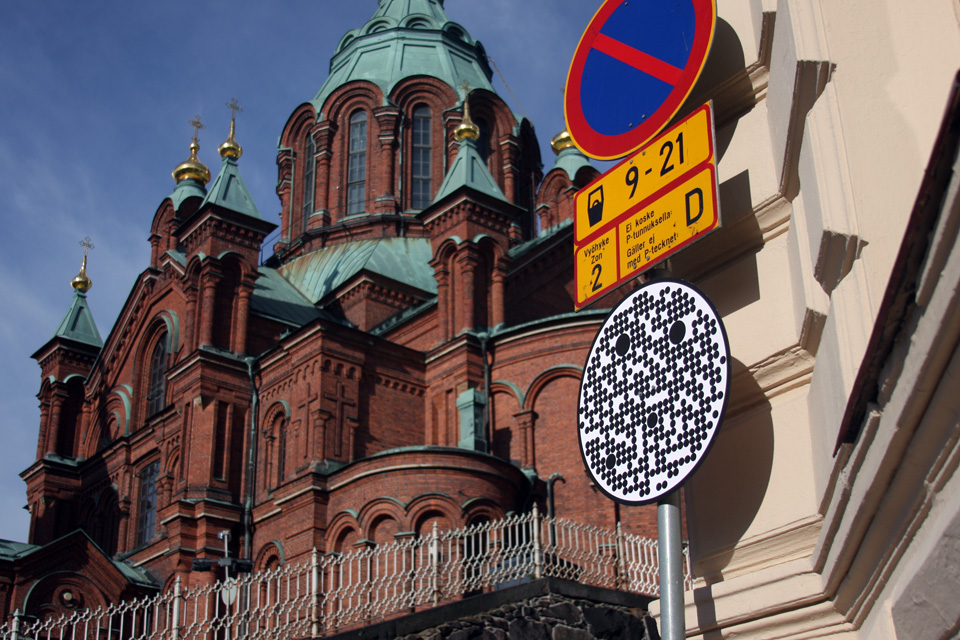 Who can control the car?

A modern car is already mostly run by software and a robot car will be even more so. The cars will be in constant contact with a data center in an undisclosed location. The company that makes the car and/or software will be able to fully control the cars without disclosing how the software actually works.

The companies will do everything possible to keep their software secret and not let anyone, including governments, peek inside their black boxes. We might find ourselves in the same predicament as with digital services today. We have a whole industry built around guessing how search algorithms work and trying to find ways to game the system as to get an advantage. In the same vein, could we end up with experts that optimize roads and parking lots so that robot cars are more likely to drive along them and park in desired spaces?

Just as today, an update to the software will change the way the cars perceive their surroundings and once again the optimizers do their thing to catch up with the cars. “SEO” for robot cars. 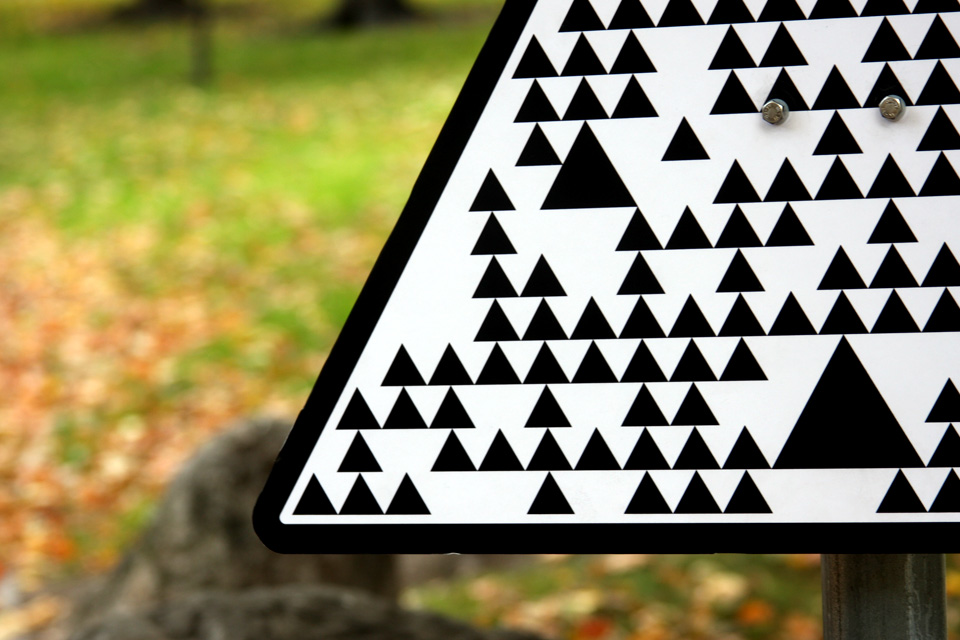 What will all the soccer moms and dads do?

Almost all parents have at least one “job” in common. Transporting children to sports or other activities. Even though the parents mostly just sit on the sidelines or wait for the ballet class to finish, it’s still a form of time spent together.

With robot cars this will no longer be necessary, as a parent can just ask the car to take kids to where they need to go to. Maybe working hours will become even longer because there is no compelling reason to leave. Parents can just let the robot chauffeur take care of any transportation needs for children old enough to get in to the car on their own. This might in turn lead to even less time spent together. Or maybe it will be more time spent together as parents can fully concentrate on their children and be less stressed about traffic and getting there on time. 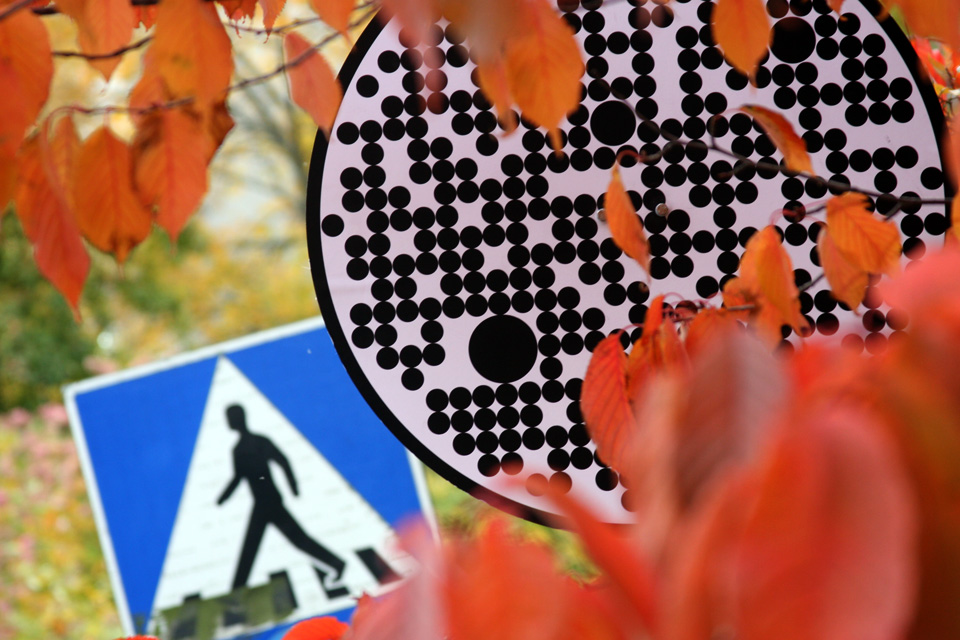 Can I go anywhere I want?

With software platforms, the owner can basically dictate how the platform is used. They have a blank slate to write any kind of policies or agreements they wish. Any number of examples, from privacy issues on Facebook, to Apple deciding which applications can or can’t be sold in the store, can be thought of as precedents when talking about robot cars.

This brings up the question: can the software limit where you are allowed to drive? Perhaps a car manufacturer has some kind of incentive to choose specific routes. Perhaps their business model has a bias towards using certain roads and parking next to specific places. Maybe a car manufacturer will set up a real-time auction where businesses can compete to get cars to park in their parking lot? 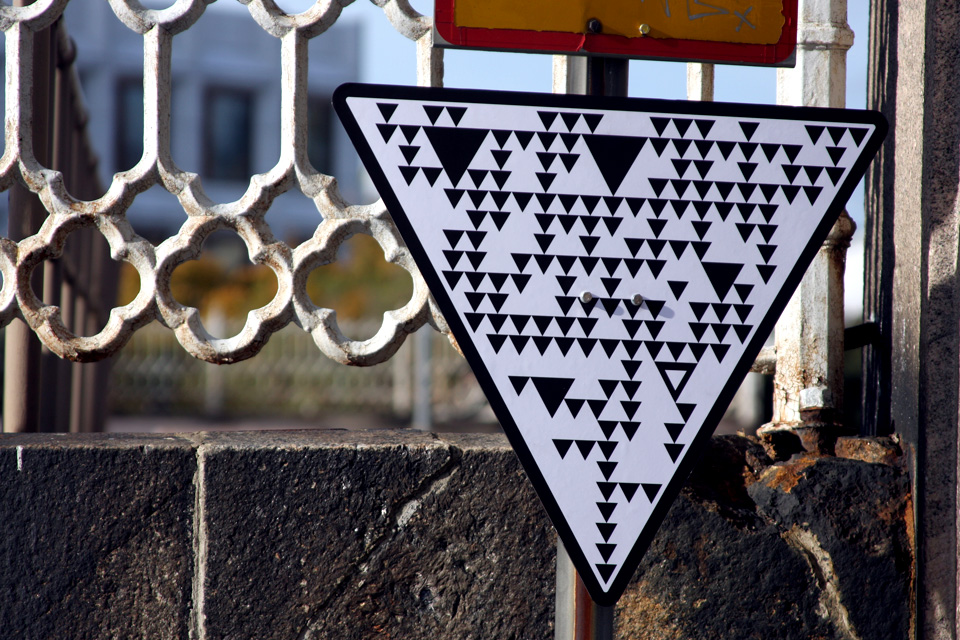 Can the car change its own winter tires?

Ever tried using your sleek touch screen device in freezing cold weather? A touch screen really doesn’t work that well with thick gloves. Taking your gloves off is not a good option either. It is freezing after all.

“Designed in California” as Apple proudly states. We don’t know if Apple will be big in robot cars, but most likely the major innovations in robot cars will come from the same places and people that currently lead the software and hardware industries.

How will the robot cars work in conditions that sometimes are a challenge for even more traditional cars? Can they “see” in a snow blizzard? Can they find a road when the road looks just like its surroundings, but with a little less snow?

Maybe just the right weather conditions, mixed with a specific route, after a minor software update will be just the combination that triggers unforeseen side-effects that cause the robot driver to think more like Kimi Räikkönen than was previously thought possible. 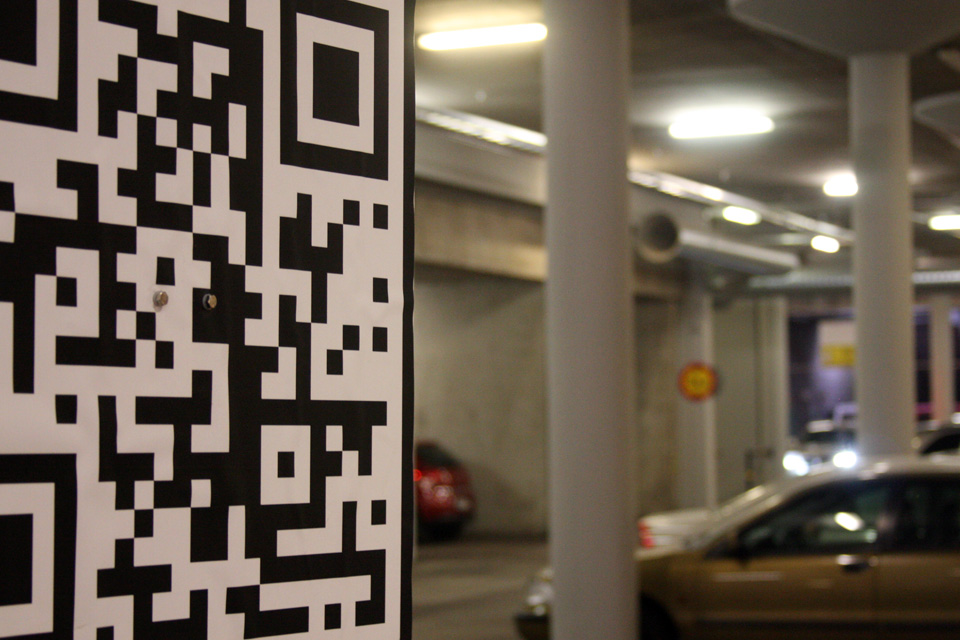 How about status symbols?

A car is not just about transportation. It is also a form of personal expression just like anything else people use or own. Getting a drivers license has always given young adults freedom and the possibility to expand their territory beyond what is otherwise possible.

Maybe robot cars will do the opposite? Young people will bend over backwards to find other forms of transportation, just to stay away from the watchful electronic eye of the car. Maybe that is the way to get people to drive less. Give the car extraordinary powers to probe and survey all passengers. Make robot cars just creepy enough that no one wants to be in one any longer then necessary.

Presumably the robot cars will not commit any traffic violations. Thus rendering the need for any extra power unnecessary. Any other extra features related to actual driving will also be unnecessary as we all become just passengers. For those that would still feel the need see the car as a status symbol, it would be more akin to interior decoration. Maybe there will be a whole new industry for car furniture, so that those who wish can still use the car as a status symbol. 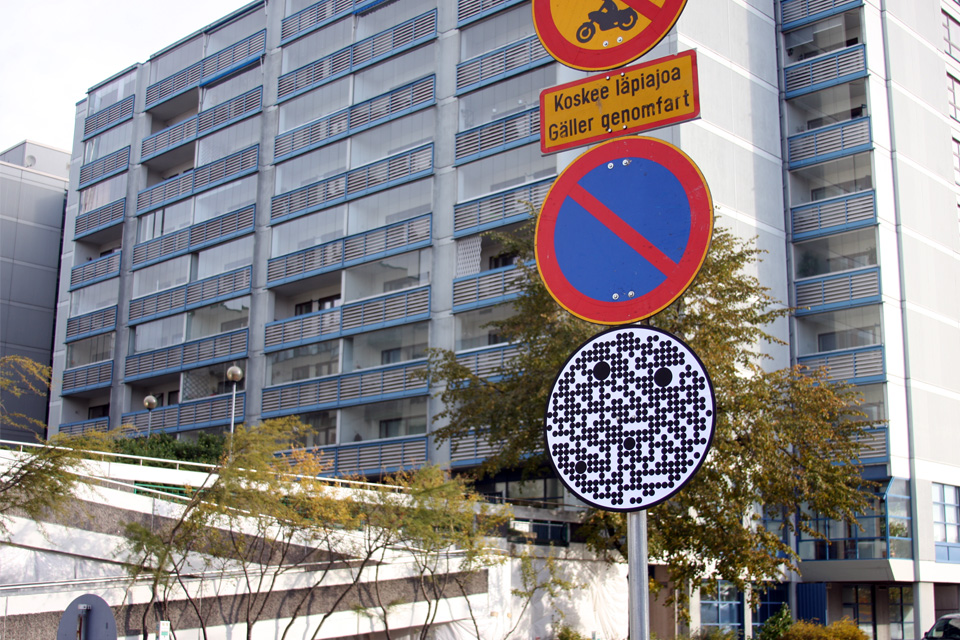 Digital tools are like any other tools in a sense that it is the user who has to learn to use the tool properly. As much emphasis as human-computer interaction and usability have gotten in the last decades, it is still the humans task to adapt to the system, not the other way around. Good examples are search engines, as instead of asking a question, we have learned to use a syntax that is more friendly to the computer and thus produces a better search result.

Robot cars host a number of sensors to detect their surroundings. In essence the sensors function as an interface between pedestrians and the cars. Just like search boxes or other interfaces  we will have to modify our behaviour to better suit the limited ability of the cars. As different manufacturers wlll use different hardware and software, we will have to learn to recognize and memorize how various car models behave in a variety of situations.

Maybe different cars will approach cross-walks in varying styles. One car model might slow down earlier as to let the pedestrian know that it will in fact stop. Another might have an algorithm that brakes only at the last possible moment to safely stop in time. Could a fake lunge towards the cross-walk trigger an emergency stop command in the car, as it senses that a collision is about to happen? After all it has no way to know that the pedestrian is just bluffing.